Chi Ishobak was created as an effort of the Pokagon Band of Potawatomi Indian tribal government through their Department of Housing. The mission of the Pokagon Band of Potawatomi Indians is to “respectfully promote and protect the culture, dignity, education, health, welfare and self-sufficiency of our elders, our youth, our families and our future generations while preserving Mother Earth.” Part of accomplishing this mission includes working toward economic independence. As such, the goal of the Tribe in developing a CDFI was to promote the improvement of the financial capacity of all Tribal members by equipping them with the skills, knowledge and confidence that they need to make informed judgments and to make effective decisions with respect to their current and future personal and household circumstances.

In 2005 the Pokagon Tribal Council formally approved CDFI efforts, recognizing that tribal members lacked affordable access to capital and credit. In 2006 the Tribe was awarded a Native American CDFI Assistance (NACA) technical assistance and planning grant from the U.S. Treasury CDFI Fund. This grant was administered through the Pokagon Department of Housing, who began the process of forming a Native Community Development Financial Institution to serve Pokagon Band members. A tribal resolution was passed on September 18, 2009, that supported the creation of the CDFI and appointed the first board of directors. Chi Ishobak, Inc. was incorporated under the state of Michigan as a non-profit organization just ten days later, on September 28. Shortly afterwards, the Tribal Council also approved start-up funding for the organization for loan capital and operations. 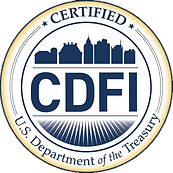